In the company of friends--a reading of “Copenhagen” 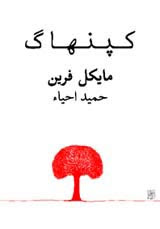 I’ll have to warn you--this may look like I am showing off! I promise I can’t help it this time! This Saturday, July 10, 2010, I am going to a very special event. Three of my friends are reading Copenhagen, a play by Michael Frayn, translated into Farsi by another friend of mine! What’s more, the venue for the event is Central Stage, which is managed by another one of my friends! And guess what?! In all likelihood, the cozy and warm theater will be filled with many of my other friends!

Showing off aside, for those who live in this area and have a chance to come join me (and my friends!), there is something really special in store. Director Hamid Ehya’s translation of Copenhagen won the award for “Best Translated Play” from Iranian Playwrights’ Association in 2009. The readers will be Ari Siletz, Bella Warda, and Behzad Golmohammadi. Actor and director Mansour Taeed will be hosting the reading at Central Stage at 5221 Central Avenue in Richmond, CA 94804 at 8:00 p.m.

I hope you can join us if you live in this area. It will be a night to remember!

Copenhagen is a highly acclaimed two-act play by Michael Frayn, about a discussion among the Danish physicist Niels Bohr (1885-1962), his wife, Margrethe Bohr, and the German physicist Werner Heisenberg.

Niels Bohr received a Nobel Prize in Physics in 1922 for his contribution to understanding atomic structure and quantum mechanics. Werner Heisenberg was awarded the 1932 Nobel Prize in Physics for the creation of quantum mechanics and its application. Niels Bohr was a prominent scientist in Denmark whose life was in danger because he was half Jewish. Heisenberg was a high-ranking physicist in Nazi Germany. Both men had the theoretical knowledge of how to create a nuclear bomb. They were once on the same side of the scientific pursuit, but now stood on opposite sides of the war. During the course of the play, the two scientists go through what went on in a meeting at Bohr’s home.